I found out from YH where I could find a large pet shop.

I am feeling somewhat philosophical, so please excuse me for venting some thoughts here, and I would truly hate it if any of my friends thought I was judging anyone (except for myself). 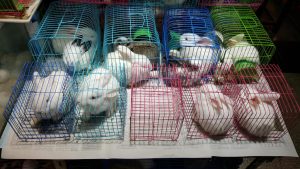 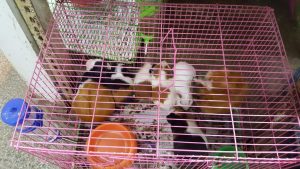 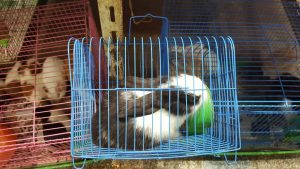 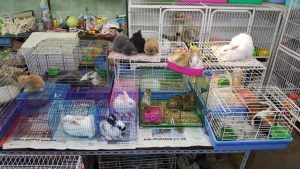 Poor animal welfare is one of the things we in the UK occasionally hear about China.  Growing up in England, seeing animals mistreated or living in poor conditions and being able to do nothing about it is very difficult to deal with emotionally.  But it is hard to know whether this is from a sense of morality or merely cultural sentimentality. 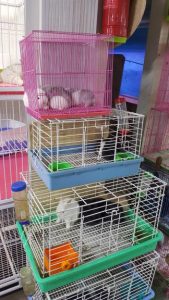 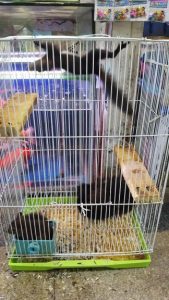 Seeing squirrels in captivity was an especially strange feeling.

The Bible says “The righteous care for the needs of their animals, but the kindest acts of the wicked are cruel.” (“义人连自己牲畜的性命也顾惜；但恶人的怜悯也是残忍。”)   So it is right to look after animals, but to what extent that goes to, I don’t know. 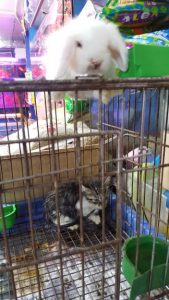 I asked one of the store owners about their kittens’ conjunctivitis (结膜炎；jiémó yán) and they said that it was being treated.

In another shop, a kitten in a desperate state, after the rabbit on top of its cage weed on it, was helped (sort of) by the owner when I told him what happened (兔尿的小猫；tù niào de xiǎo māo).  So I don’t believe that the owners of these stores are being cruel, certainly not deliberately.

Compare my feelings of seeing these animals, with those of seeing the beggars I passed on the street just outside the store.  Should my heart not break even more so for them?  Rather, there’s a sort of cynicism that kicks in about whether these people are genuine or not. 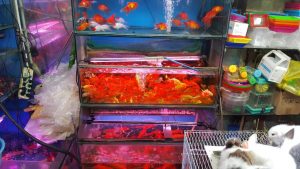 Perhaps this stems from a cultural problem in the UK, which is that the mistreatment of animals (especially “cute and furry” ones) causes more outrage than mistreatment of people.  Indeed sometimes I have heard of certain people saying or doing the most horrible things to other people who, the former believe, have harmed some animal or other.  Not to mention the numbers of abortions, discussion of euthanasia, degrading of marriage and all sorts of sins against other people.

Maybe some of my Chinese friends will disagree, but my general impression of China is that people, and their well-being, are regarded very highly here. 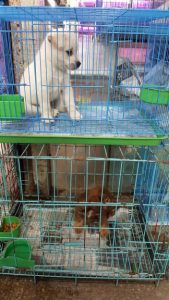 The owners of these shops did not seem well off.  They are trying to make a living, and hopefully doing the best that they know and/or are able to do to look after the animals they are trying to sell, both for the animals’ sake and for the people who will hopefully buy them and look after them.  They probably don’t need a raft of legislation to make their daily lives harder than they are.  Maybe some education in basic hygiene, and maybe in some cases some help to get better/newer cages?

Surely animal welfare could be improved in China, but as long as it’s not at the expense of how people are treated.

“Are not five sparrows sold for two pennies?  Yet not one of them is forgotten by God.  Indeed, the very hairs of your head are all numbered.  Don’t be afraid; you are worth more than many sparrows.”  (“ 五只麻雀，不是卖两个大钱吗？但在 神面前，一只也不被忘记。甚至你们的头发都一一数过了。不要怕，你们比许多麻雀贵重得多呢。” ) 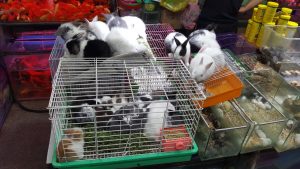