I am of course realising that if I write posts too frequently, they could become (more) boring and repetitive, especially seeing that the majority of my time is only in lessons, but a main aim of this blog is to share a photo record of my experience, partly for myself, so that it is accessible when someone asks me about it.  So in this post I have put photos from the rest of this week’s lessons.  A couple of new students joined us, GZ and HJ, although I didn’t get photos of them (yet).

Yesterday (Thursday) I met up with CF and we found a place to have some tea.  This afternoon I got the hamsters out for a run around (again) and tonight I spent the evening with XC and her mum, XL.  We did some reading, played a bit, and watched some TV – a Chinese soap opera, which I have found quite interesting.  It is also been showing sometimes on the TV screens in the trains on the metro.  XC watched her own programmes on her iPad. 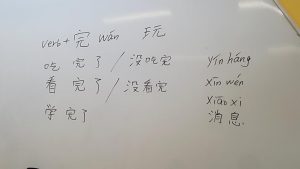 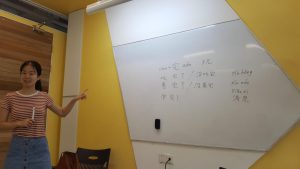 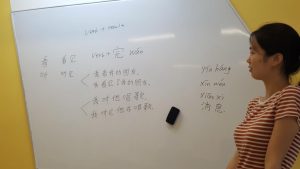 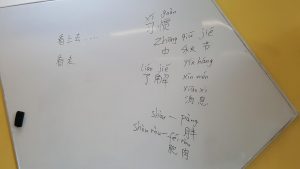 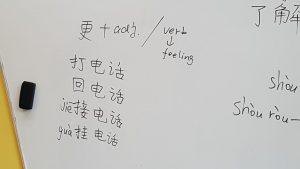 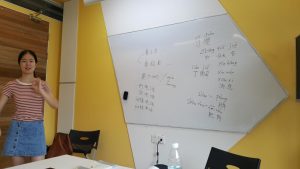 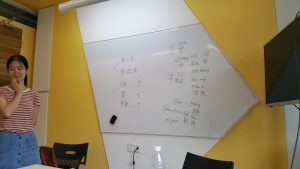 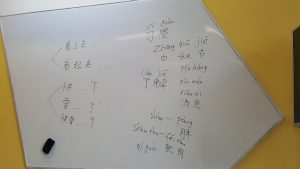 Thursday’s lesson with FL (Wednesday’s lesson had to be cancelled because she was still on holiday and there was no one to cover for her): 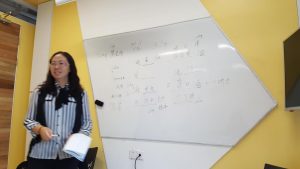 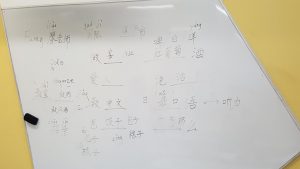 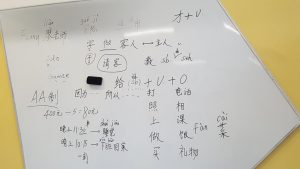 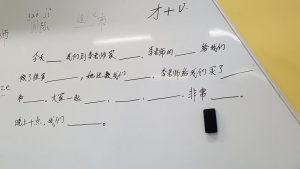 Here is MLX showing us how to speak Chinese: 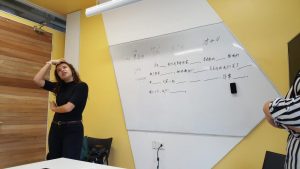 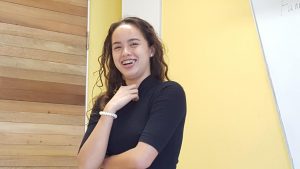 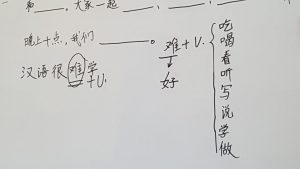 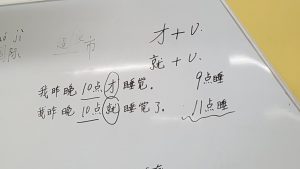 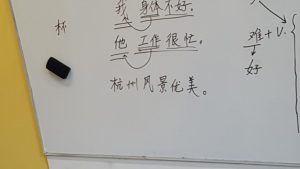 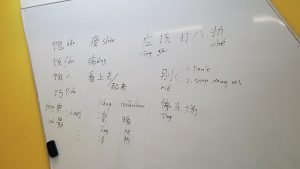 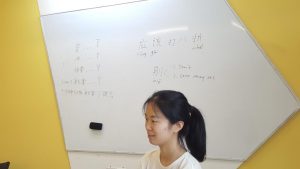 A tea menu at a place I went to with CF: 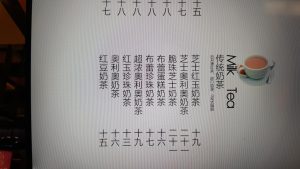 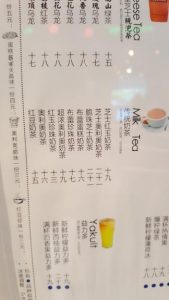 The hamsters enjoying their ball:

Watching TV with XC and XL:

I later found out that this TV drama is called “那年花开月正圆”.  It would later be called in English, “Nothing Gold Can Stay” (which is not a translation of the title).