On Wednesday I had gone to the Bank of Hangzhou near to my accommodation, as we had discovered that this was one bank that might be able to allow me to open an account, even though I only have a tourist visa.  After spending a little time filling a form in, having asked one of the attendants for help, I was worried that there might be some legal aspects that I wouldn’t understand, so I decided to wait until JD could go with me.  Today we went together and opened an account.

I was impressed that they gave me a bank card straight away, and we sat down excitedly to set up AliPay and WeChat, which was the reason JD had wanted me to open an account in the first place. 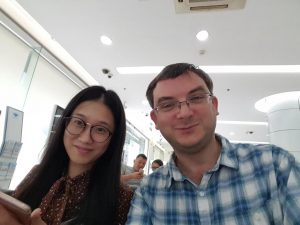 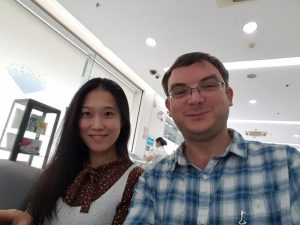 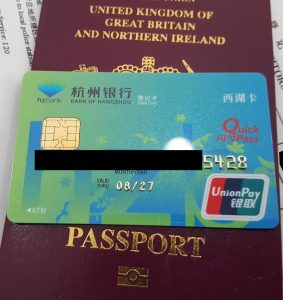 Our excitement was short-lived though, as we discovered that, although the bank allowed us to open an account, they do not allow connecting the account with these online services using only a passport.  I still need a Chinese ID, which of course I don’t have.

There is a list of other banks that allow connecting with a passport, but all the ones we had previously tried (we have forgotten which ones we asked) would not let us open an account with a passport on a tourist visa.  So I have given up on the idea of being able to do this.  The only reason I really wanted it was so I could use the hire bikes.

Also, some law has recently changed, and I can no longer even receive money into my WeChat “wallet” without connecting it to a bank card, so that is somewhat disappointing.