I decided, against all advice, to go to West Lake and walk over the broken bridge to see if it really is “people mountain, people sea” – 人山人海.

Walking towards the lake was certainly “车山车海”!  Haha!

I think the lake and bridge itself was not quite as crowded as I had expected.
See what you think: 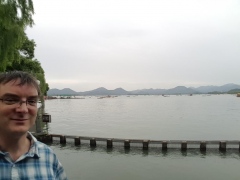 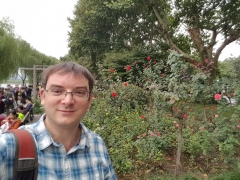 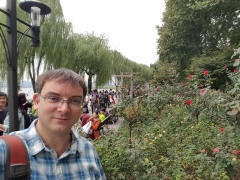 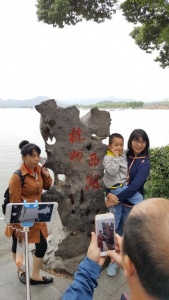 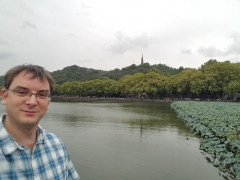 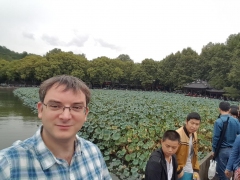 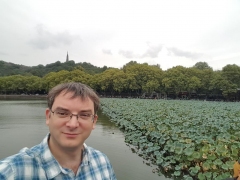 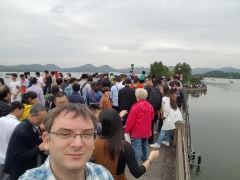 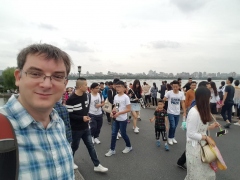 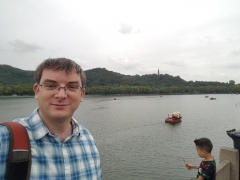 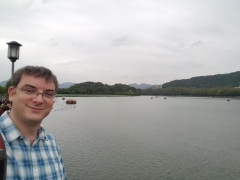 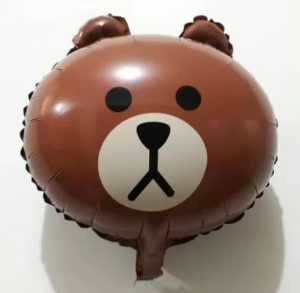 While going through security at the metro station a family in front of me had a child with a balloon, like the one shown.  As they went through, one of the security guards took it off them and then gave it to someone going out of the metro.
In my broken Chinese I asked her why.  She pointed at the sign showing no explosives.  I tried my best to explain to her that it was a helium filled balloon, and helium is not flammable.  She just again simply said something like, “In case it goes ‘bang'”.   I left it at that.  But it did occur to me afterwards that maybe it’s why the bear is so sad:  he’s not allowed on the metro!  Ha!
为什么这么伤心？ 因为他不可以坐地铁万一他会爆炸。

The 80s 90s group still met in the evening, although there were fewer people than usual. 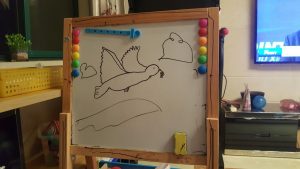 When I got “home”, XC was still awake because it is the holidays, no school tomorrow, so we were able to spend some more time playing and drawing before bedtime.