School resumed this week, and it’s been a full week, so this is going to be a long post covering five days!  Partly because apart from sharing photos, I don’t have all that much to say for each day.

Mondays’ morning group class with FL and individual class in the afternoon with JL.  In the morning we learned the expression 高高兴兴上班，平平安安回家， which means go to work happily and go home safely (or peacefully).

After class I walked down to the Grand Canal to explore Wulin Square, and went to Pizza Hut for dinner. 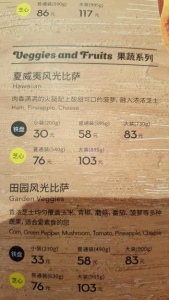 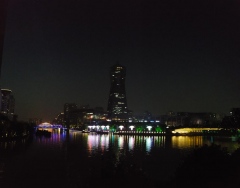 Tuesday morning class with JL, and my classmates, MLX and AE: 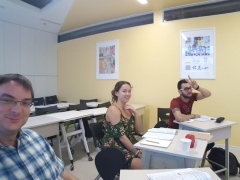 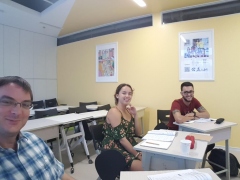 On Tuesday afternoon CF took me to see some of the historic part of town, around Zhong Shan Zhong Road. 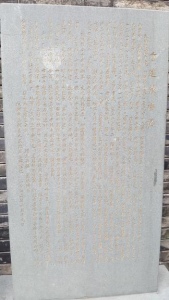 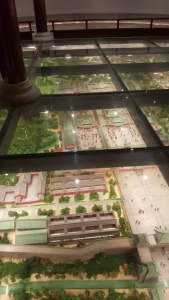 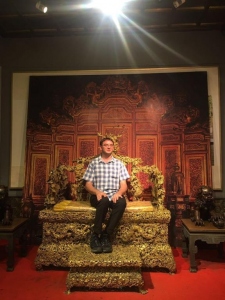 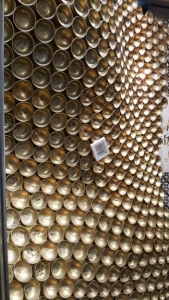 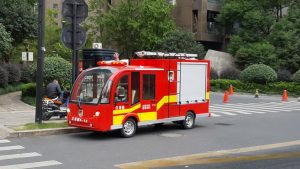 I went to buy some music CDs in the bookstore near school.  On the way home I saw this funny little fire truck and just have to share the photo of it.

When I opened my CDs, I discovered the one by Tanya Chua, called “T-Time” had this little note inside the cover. 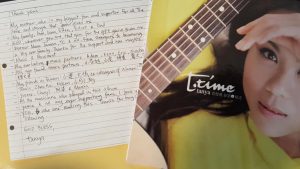 在一个光盘盒中找到的苦甘的致谢。她感谢神，但看起来不知道祂是谁。
Although it’s nice that she thanks God, I cannot help feeling sad that she doesn’t know Who He is.  I pray she will find Him. 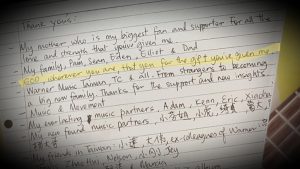 The Lord says:
“You will seek me and find me, when you seek me with all your heart.”
“你们寻求我，就必寻见。只要你们全心寻求我”
(Jeremiah/耶利米书 29:13)

On Thursday evening I attended an English study for the first time.  We were looking at Romans 8, and talked some bad things that happened which the Lord had used for good.  I can’t say much more than that here.

“And we know that for those who love God all things work together for good, for those who are called according to his purpose.”
“我们知道，上帝使万事互相效力，使那些爱上帝，就是上帝按自己的旨意呼召的人得益处。”
(Romans/罗马书 8:28)

And finally, I come to yesterday, Friday. 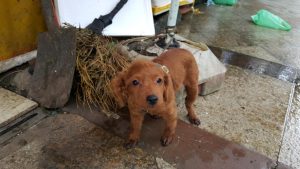 On the way to school in the morning, I saw this little doggy tied up outside one of the shops.  Not for the first time.  I’ve said hello to it just a couple of times.  But this time I noticed he was tied such that he was forced to be in a wet patch of the floor, whether standing or sitting.  He was shivering and whimpered at me.  The shopkeeper came out, and somehow I managed to explain what I thought the problem was, and he moved the  umbrella stand thing that the dog was tied to so that he could actually sit in on a dry bit of pavement.  Poor little fellow.  I hope he’ll be okay from now on.  I believe his name is 小棕 (“little brown”).

After class I was able to meet up briefly with Grace, as she had some interpreting jobs in Hangzhou. We went for a pleasant walk next to West Lake, to an area I had not been to yet, before she had to catch the train back to Shanghai. 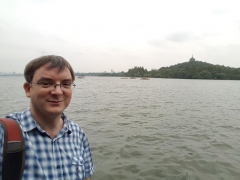 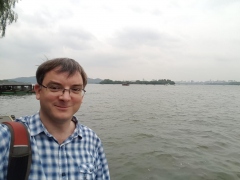 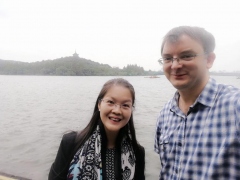 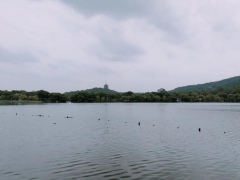 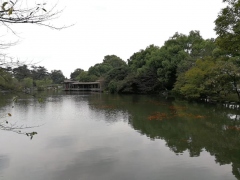 In the evening, I was able to spend a short time playing with XC before she had to go to bed. 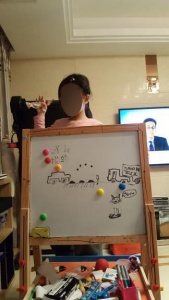 A full and happy day.

Today I have some proof reading to do for CF, so I probably won’t go out at all.
加油！

1 thought on “Back to School”